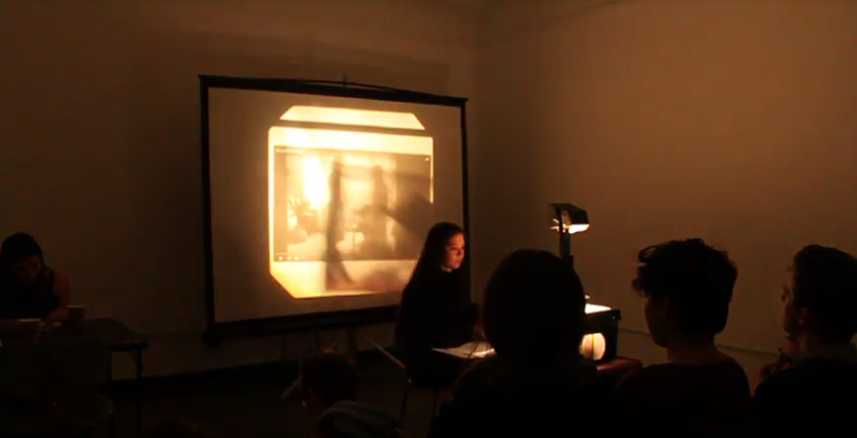 Shadowing: A non-lecture, 2017, performance.
​
This performance was one half of my American Studies Senior Thesis at UC Berkeley, a companion to the written paper titled: Behind That Curtain: Racial Politics in Four Films. The performative script/lecture centers on four films — two made in Hollywood, two made outside of — and the dis/connections between them, alongside personal dis/connections. The form of the performance is founded on shadow and shadowing properties. Also present is a Greek chorus to provide the audience with useful information, and doughnuts (to be in conversation with Peter X. Feng’s concept of Asian American subjectivity).


With fellow artists and thinkers in mind, the performance is curious about:
questions
shadows
authenticity/authorship/authority
appropriation
dubbing
Hollywood
identity
film as medium
shadow as medium
(mixed) race
being a lecture of sorts
being a script (for who?)
​you
​