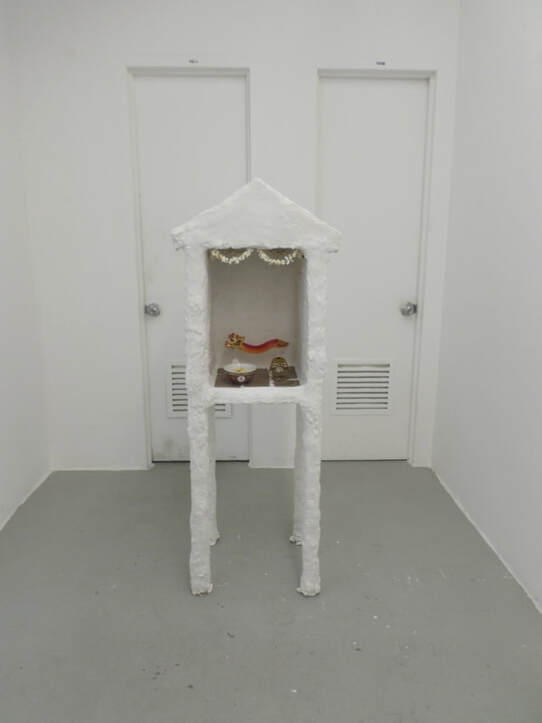 ​I installed this shrine/altar on a walking path that connects Pinole (where my white father grew up) and Hercules (the company town that was built to manufacture dynamite). Hercules employed Chinese workers who would travel from San Francisco Chinatown (where my Chinese great-grandparents lived) each week and return home on the weekends. The title is taken from a newspaper article covering an explosion in the factory, the white man’s name named and the Chinese unnamed. The design of the shrine is loosely based on altars in Greece, iconostases, that are erected alongside the roads to remember those lost in accidents; I couldn’t help but connect my great-grandfather’s English name, Homer, with the company town name Hercules.
​ 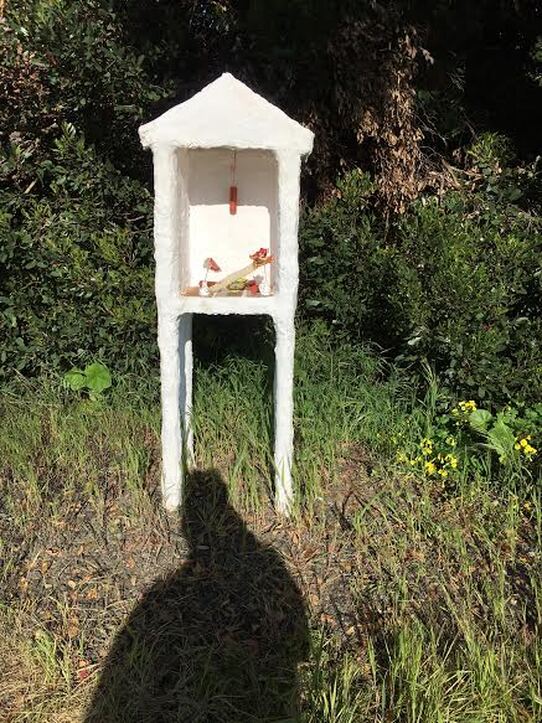 Photo taken at site of installation, courtesy of
Pinole resident who I spoke with about the
project. He had taken it two weeks after
installation. By the time I had returned
about four weeks after installation, the
shrine was gone.​