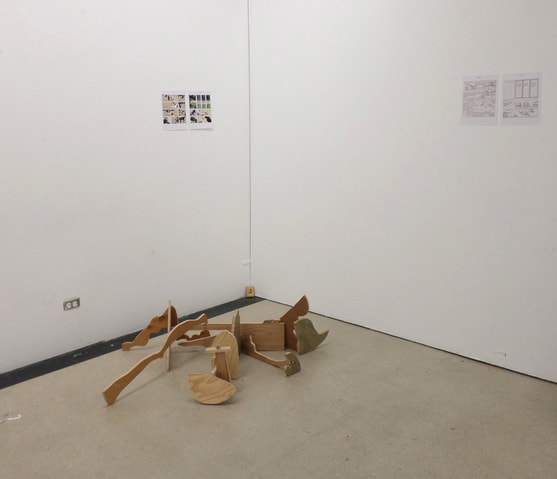 Sisters, 2015, plywood, inkjet prints, ink
and graphite.
Sisters is three versions of a comic. From the original 2-D comic, I cut a wooden shape from each frame, to then turn into a modular sculpture. I then photographed my grandfather arranging the shapes. Those photographs became a third version of the comic, visually mirroring the original version. This particular iteration of the sculpture, was made by using the photos of my grandfather building it as my reference. A re-making of a re-making of a re-making.
​
(Also included is the sanding block I made in 7th grade woodshop, as I used the block to sand all the shapes.) 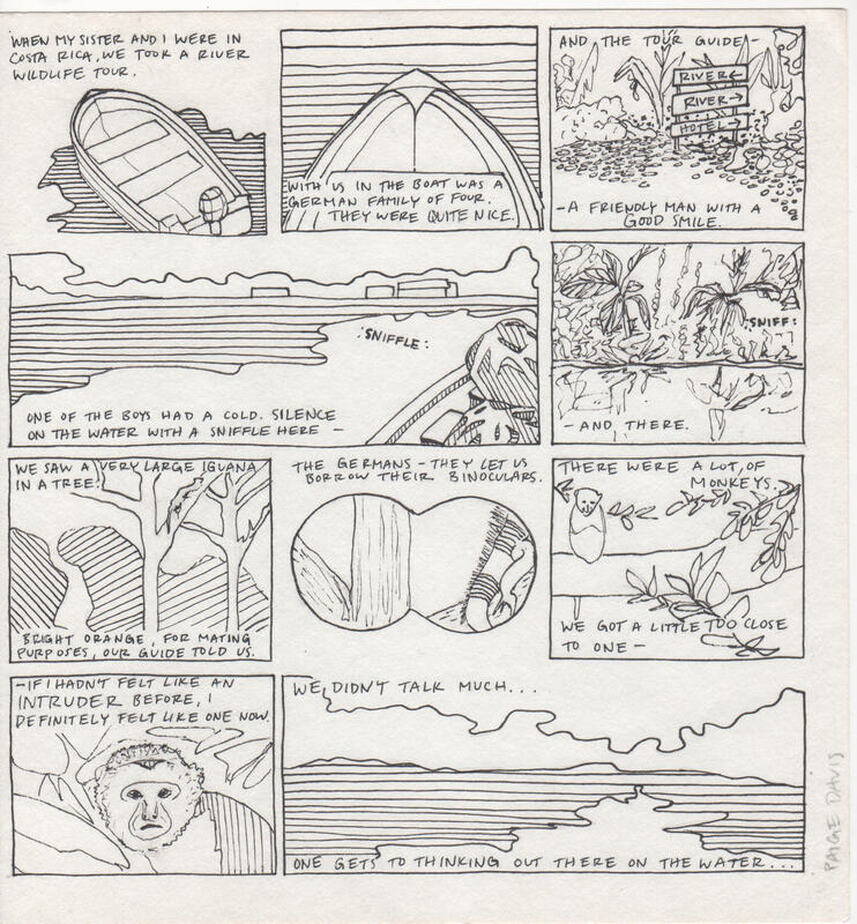 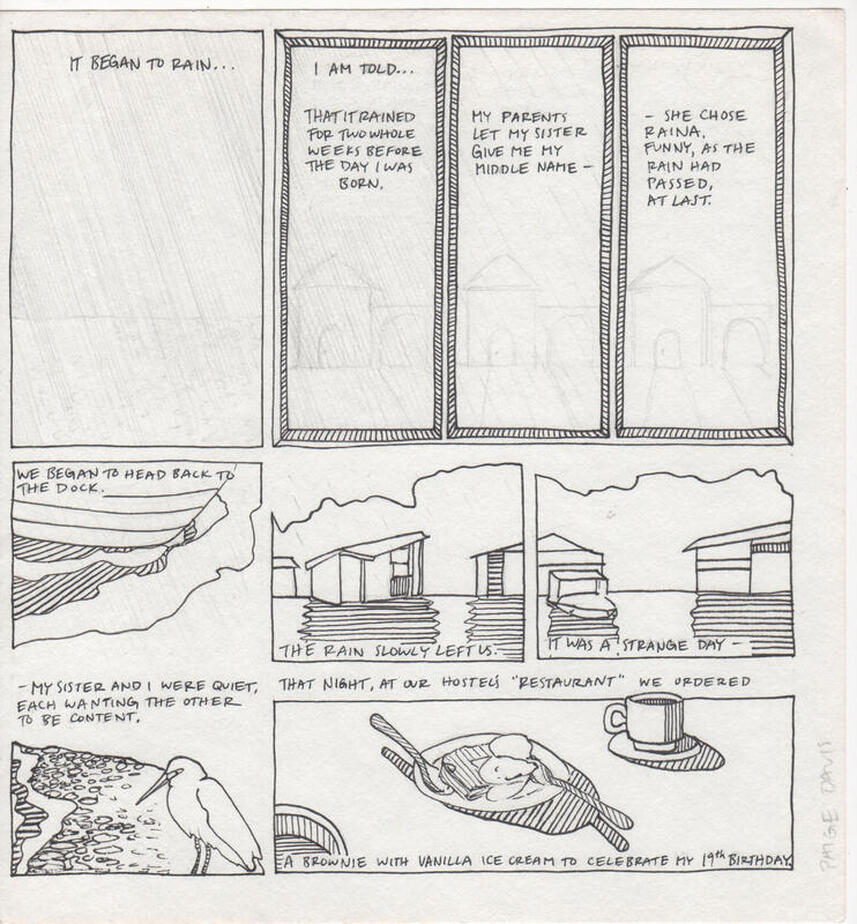 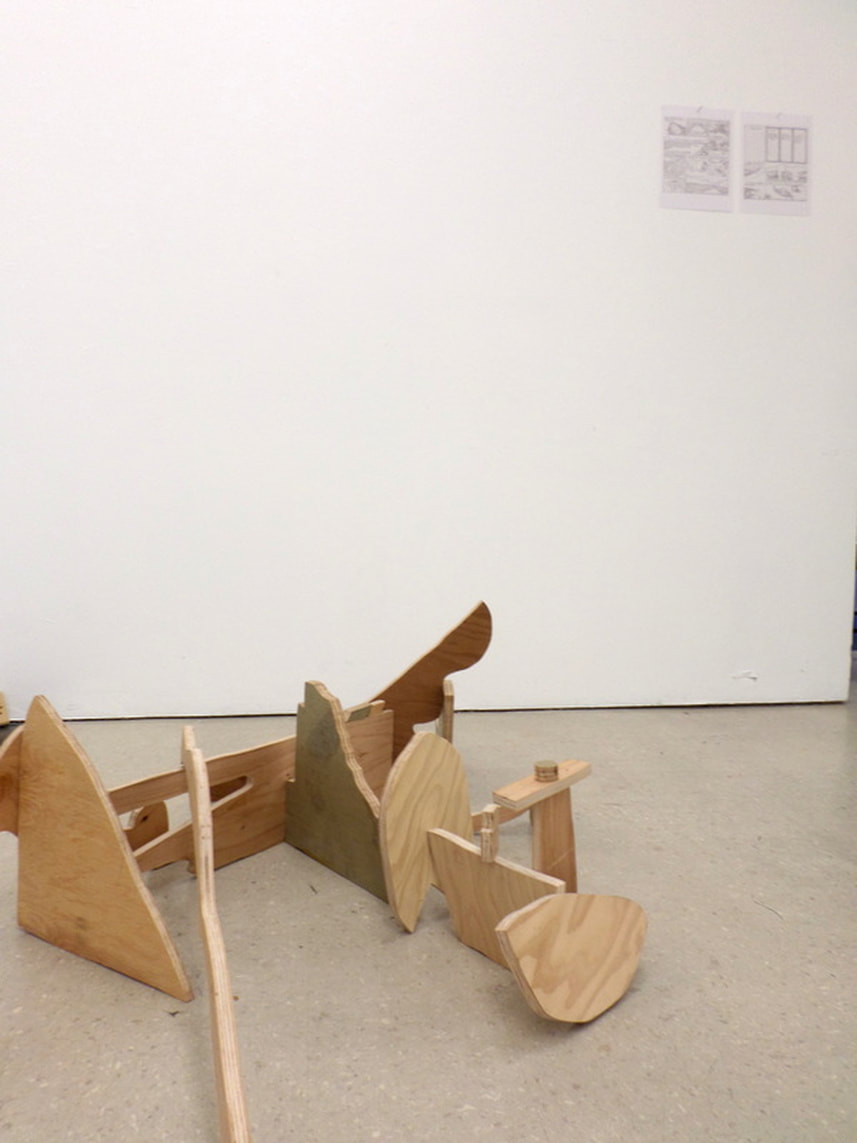 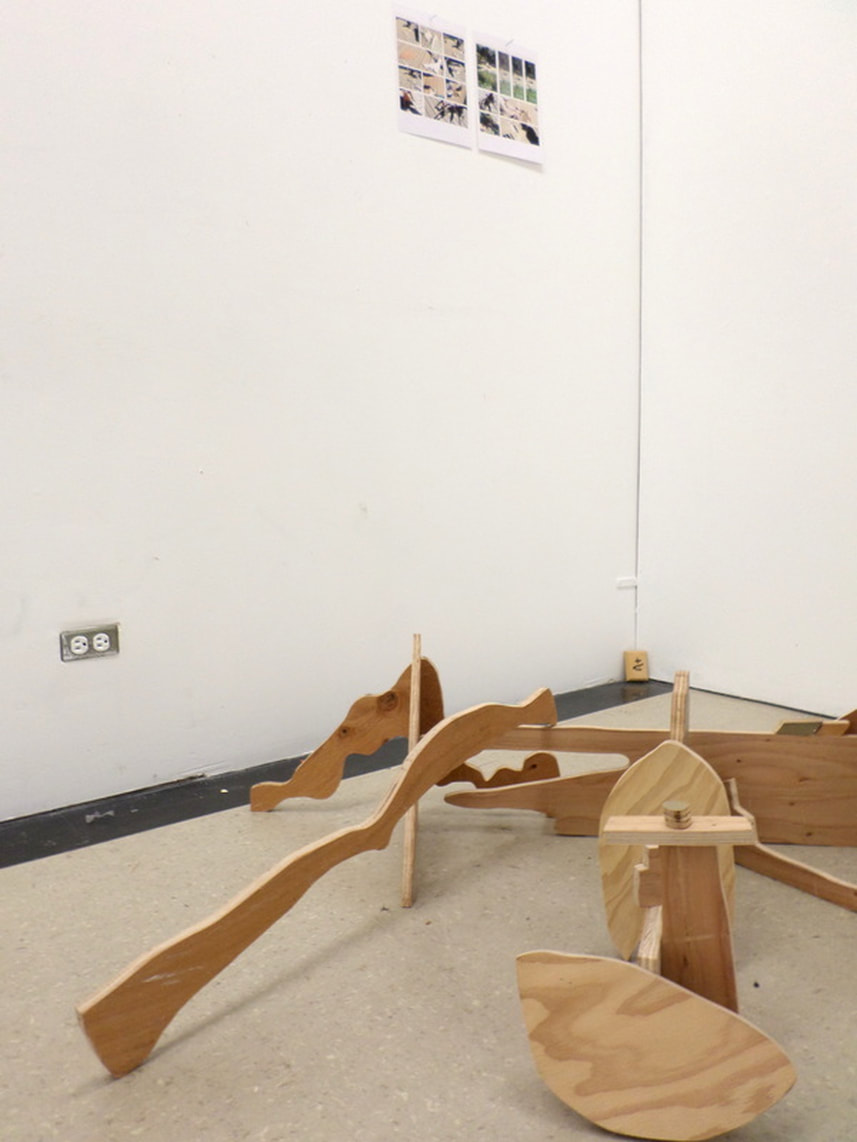